“A feel-good movie” and “a heartwarming story” are two very clichéd statements that can apply to either a great film like It’s a Wonderful Life or some other film that you watch on a date night and then instantly forget. These types of movies are typically hit-and-miss, resulting in either a feeling of warm euphoria underneath teary eyes or eyes that are rolling into the back of your head because what you’ve just witnessed is something that your grandma would call “cute.”

This film, however, does something special with its story. We’ve seen countless stories about people with special needs or with unusual appearances that must cope with the stigma that society places over them. It’s been done so many times that it’s often difficult to find a fresh approach without the filmmaker simply throwing their hands in the air and resorting to the tropes of past feel-good films. Wonder, however, does something a little different. 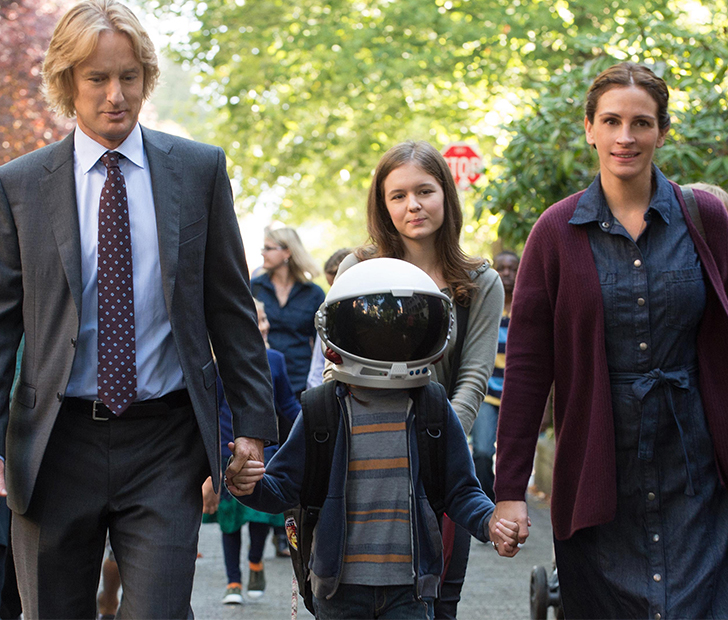 Jacob Tremblay (the kid from Room) plays a boy with facial deformities acquired since birth who is entering his first year in public school — and it’s middle school, of all things; the time when kids are the most harsh and lack the ability to suppress their feelings of shock. What transpires is an emotional ride driven by a mixture of sympathy, remorse, angst, and concern, coupled with important lessons about family support and genuine love — even when that love comes with your own feelings of doubt.

Whether it’s the always-pleasant Julia Roberts or the usually-rowdy Owen Wilson (and even a small role by Mandy Patinkin), everyone turns in a grounded and convincing performance that manages to never teeter into excessiveness. When drama occurs, it’s always with the mindset of realism and never with the mindset that the film is trying to be an Oscar contender. It tells the story it wants to tell and allows the audience to glean from it what they will.

The standout performance is, without a doubt, the young Tremblay. Ask any seasoned actor and they’ll regale you with stories about how difficult it is to act behind prosthetics, but the 10-year-old actor manages it with aplomb. Though he no doubt struggles to act without the ability to use facial expressions, it’s neither obvious nor distracting. 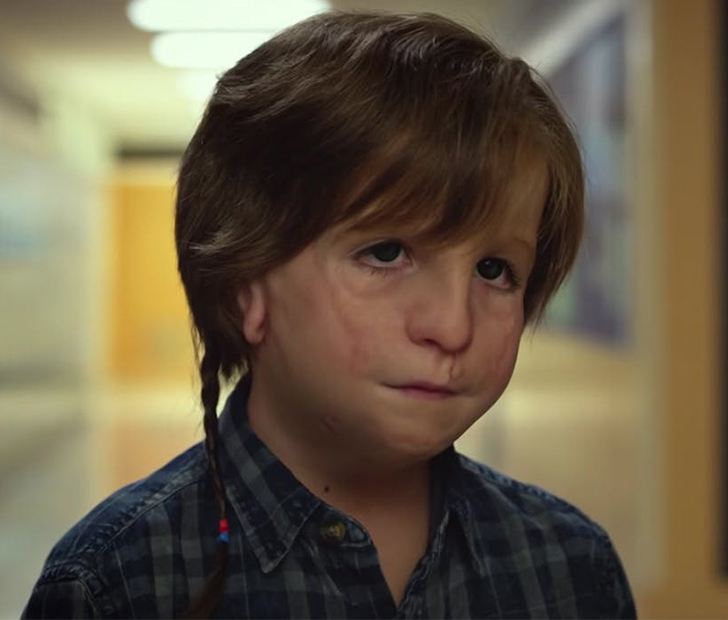 What this film accomplishes to great effect is the way in which it portrays other characters’ perspectives throughout the movie. It seeks to provide the motivations and mindsets of the supporting characters in order to give the audience a fuller understanding of where they’re coming from and what would cause them to act in the way they do. It’s a storytelling technique that works exceptionally well.

Wonder is the type of film that makes you feel sympathetic towards the characters in numerous ways. You don’t necessarily care for them because the movie expects you to, you care for them because they’ve earned your compassion. Yes, this is a true feel-good movie, but it’s the kind of feel-good movie you can watch and not feel as if you’ve just been manipulated into feeling so.

SHARE this review if you liked the movie or are planning on seeing it!