We’re 17 movies into the Marvel Cinematic Universe. 17 movies. That’s more than twice the amount of Fast and Furious films and just nine films away from matching the 50-year streak of James Bond films. It’s safe to say that there’s been an inundation of superhero flicks as of late, especially when you factor in the X-Men and DC films, as well as the occasional Fantastic Four and Spider-Man film that pops up periodically.

Within the Marvel universe, however, things have been chugging along at a pretty steady pace. But 17 films in, Marvel knows that they need to shake up the formula every few films. The Guardians of the Galaxy movies have done this, and to great effect. They’ve consistently pulled big numbers at the box office and proven that comedy on a bizarre level doesn’t always equal cheesy.

Now we have Thor: Ragnarok, the third of the Thor films and the fourth of Marvel’s galactic adventures (following two Guardians and Doctor Strange). The first Thor was at times Shakespearean in nature but also very medieval in approach, while its sequel The Dark World really pulled from that medieval quality and placed Game of Thrones fingerprints all over it. This adventure, however, feels entirely different! 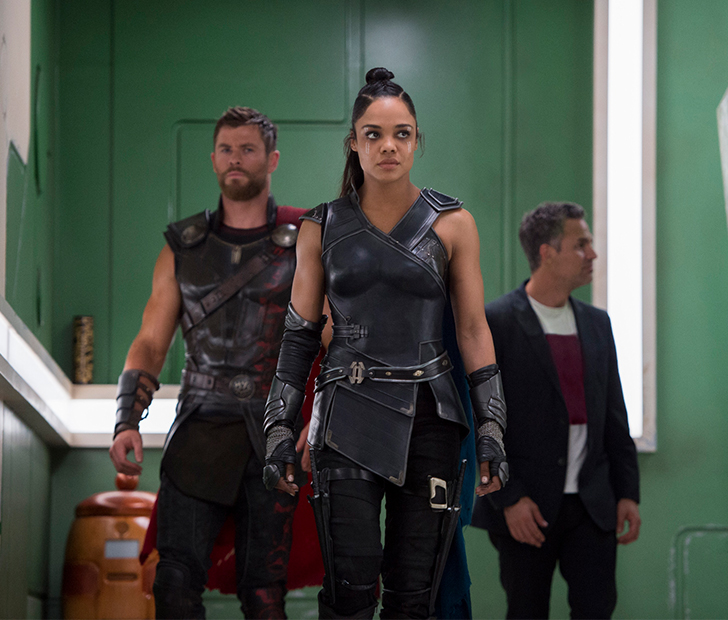 Straight from the beginning, the film nods to the God of War video games as Thor fights his way through the hordes of demon creatures lurking in the Norse mythology version of Hades’ hell. Several jokes and quips are made by the God of Muscles, and from there it sets a tempo for what is a true comedy.

It’s nothing new to say that a Marvel film has humor, but Thor: Ragnarok infuses humor and wittiness like a dad who’s had one too many beers at the barbecue. Fortunately, the dad jokes are few and far between. The film’s humor relies on punches, yes, but it also has a certain astuteness when it comes to timing and having characters playing off of each other. This is the God of Thunder on display like it’s open mic night at the improv. 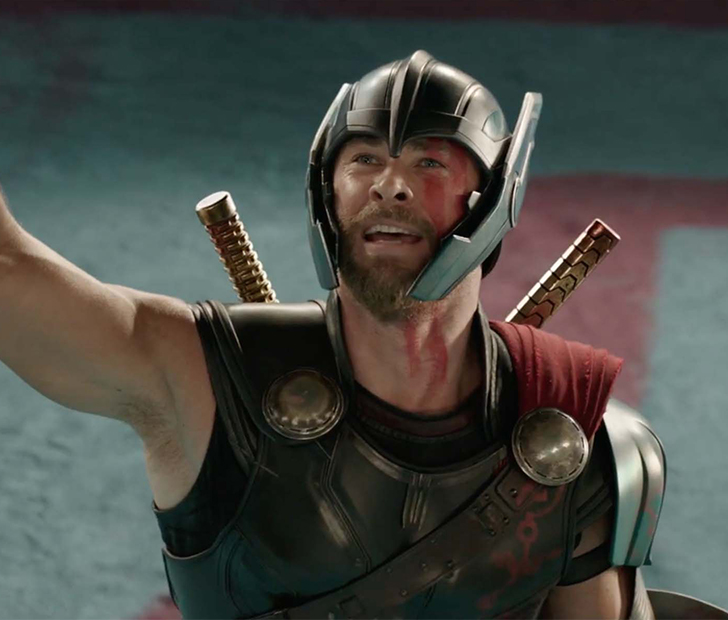 The film flounders, however, when it comes to its attempts at drama. The previous Thor films have set themselves in the molds of dramas, so to have this film so predominantly focus on setting up joke after joke and treating even its villain like second-rate evil may be a little jarring for some. If you didn’t connect with the Guardians of the Galaxy films, then this one might be for you. The film strives to raise the stakes by emphasizing what it means to be the God of Thunder without the hammer, but it seems like just when the film begins to get serious it throws in a quippy one-liner.

Click on the next page to read the rest!