It was just last year that we saw the much-anticipated Fantastic Beasts and Where to Find Them in theaters, and already Warner Bros. is ramping up the marketing on its sequel, titled Fantastic Beasts: The Crimes of Grindelwald. If you’ve seen the end of the first (skip this paragraph if you haven’t), then you’ll know that it was the devious Grindelwald who is in the film the entire time, disguised as Colin Farrell’s Percival Graves.

This film will evidently focus more heavily on Grindelwald, as well as a Harry Potter fan-favorite. That’s right, the headmaster at Hogwarts himself (though it’s doubtful that he’ll be headmaster at this point in time). A new cast photo reveals all the major players in the upcoming sequel, including Jude Law as Albus Dumbledore: 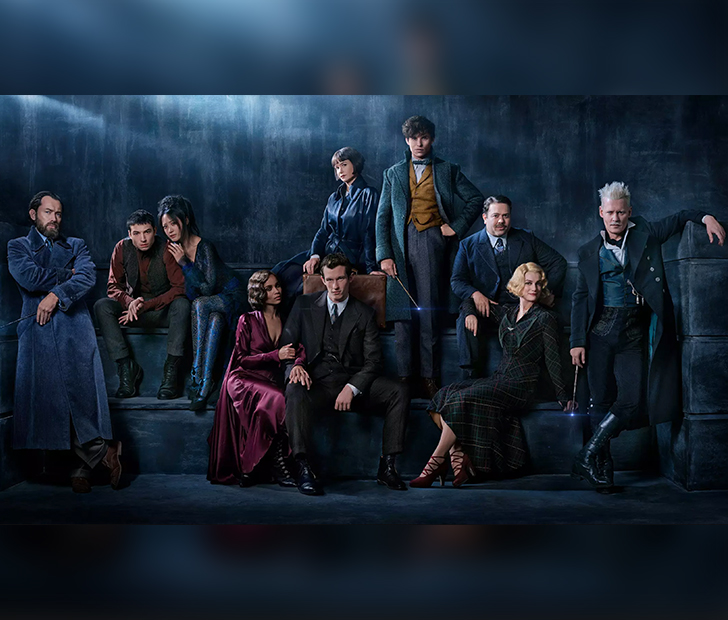 Noteworthy attributes of this image include two things. Firstly, keen-eyed fans will notice that Grindelwald is indeed holding the famous (or infamous) Elder Wand, so it’ll be interesting to see how Dumbledore gets his hands on it by the time this multi-part story finishes.

Secondly, it’s Jude Law himself. While it can be difficult accepting new actors portraying beloved characters, there’s a definite resemblance to Michael Gambon in his facial features. If you’re having trouble picturing it, try putting Law’s face to Gambon’s voice. 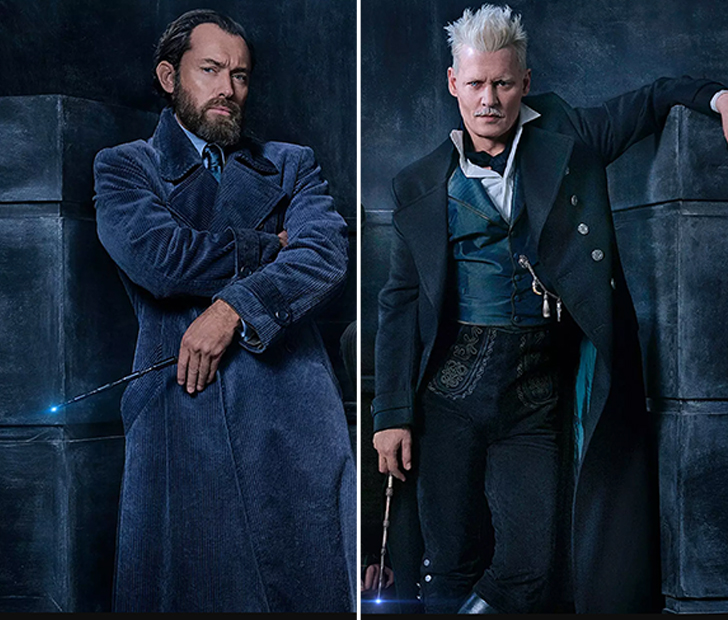 Also pictured are returning characters such as Ezra Miller’s Credence, Katherine Waterston’s Tina, and of course Newt Scamander played by Eddie Redmayne. The film’s premise involves an escaped Grindelwald who assembles a following of people aiding him in his grand plan to use pure-blood wizards and dominate all non-magical folk. To thwart those plans, Dumbledore must enlist his ex-student Newt Scamander to put an end to his dastardly ways.

Fantastic Beasts: The Crimes of Grindelwald opens in theaters next November.

SHARE this article with all of your Harry Potter friends if you’re excited for this film!