If you were to hear that Dora the Explorer is being made into a movie, no doubt your first thought would be “Oh, god, why?” Your second thought might be who’s making this thing. There isn’t a director yet attached to it, but we do know who’s producing it, and it’s none other than the man of explosions himself.

Michael Bay has already reinvented two popular animated series — the Transformers films and the Teenage Mutant Ninja Turtles films — so it should hardly be a surprise that he wants to keep working in that vein. But while the two aforementioned films were both at least in the same wheelhouse, this feels completely left field. 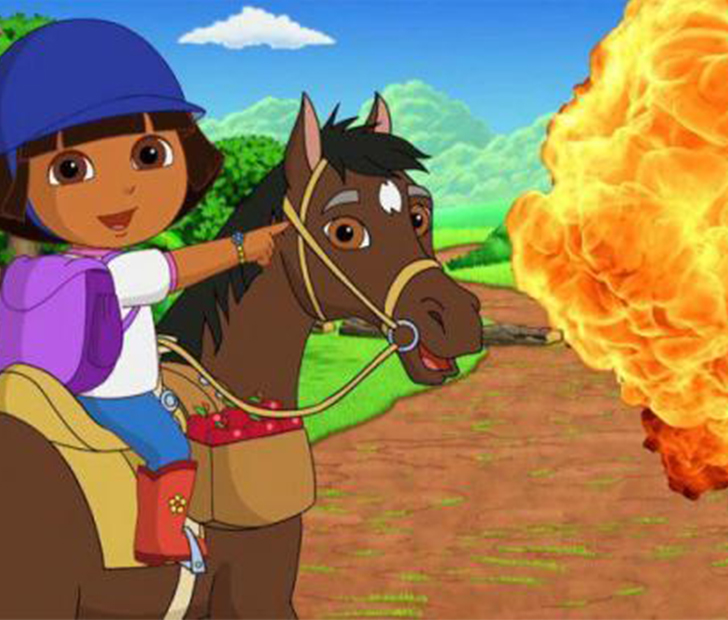 We’re not quite sure what Bay’s appeal is to a studio looking to take a soft G-rated television series and bring it to the big screen. While his keenness for high-octane action was certainly a fit for the world-ending tone of the world-dominating robot flicks, this just feels peculiarly wrong.

Is this going to be about a sexy 21-year-old Dora with a bare midriff and the tiniest shorts? Are her animal pals going to be jacked up and wielding machine guns and flamethrowers? None of it seems to make sense. We do know that the film will likely focus on a teenage Dora living in the big city, so this very well could become a reality, folks.

SHARE this article if you think this decision is as strange as we do!