Loretta Lynn’s daughter, Patsy, has shared the details about her mother’s fall on January 1.

“She had an accident on New Year’s Day and fractured her hip,” Patsy said. “At my mom’s age it’s so dangerous when it comes to the hip, so we’re all just grateful she seems to be okay. She’s up putting weight on it and starting her rehab now.”

As to the cause of the fall, it seems Lynn’s newest puppy is being blamed.
Patsy said, “She has a new puppy — we don’t really know if she was chasing after the puppy or what, but she slid and fractured her hip. We blame the puppy! Though the puppy brings smiles so there’s that.” 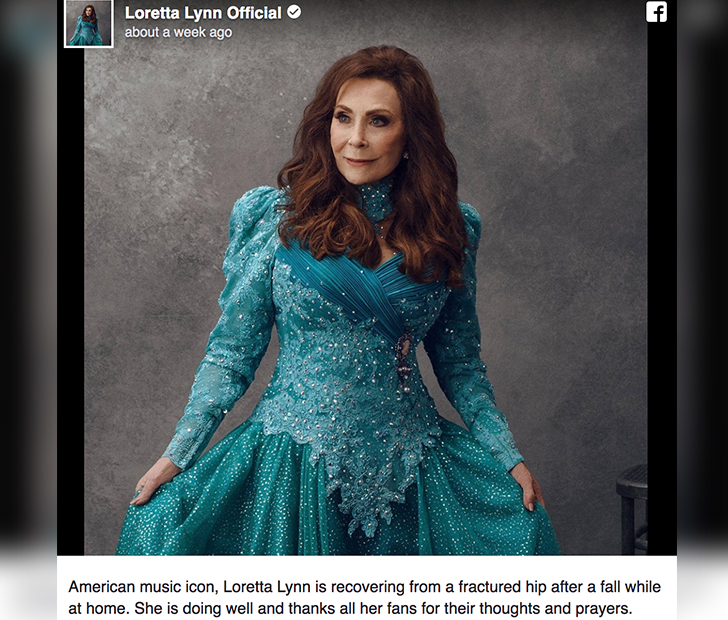 Sadly, Lynn had just gotten back on her feet after suffering a stroke in May 2017. Her first public appearance since the incident was in October when she inducted her old friend, Alan Jackson, into the Country Music Hall of Fame.

“She’s in great spirits — she’s just aggravated because she was recovering so well and getting around. Now this is a setback,” Patsy shared.

“She said she’s just mad about being back to laying up watching TV! Hopefully, she will recover quickly. She’s strong — it’s amazing she’s able to go through all she’s been through. She had a stroke in May and has been having band rehearsals and getting around great by herself; she’s recording, she’s finishing up another album. That’s what she’s been focusing on. She’s nonstop but she’s always been that way — it’s what keeps her going.” 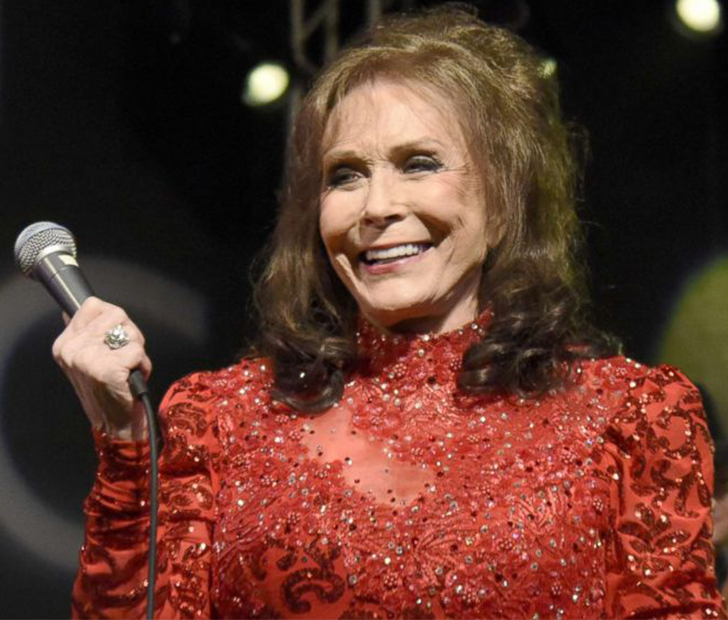 In an interview conducted back in 2016, Lynn said as much about her serious work ethic.

“They tell me to rest all the time, but I’m not tired! I don’t have to work now. I don’t have to, but I love to.” Lynn added that, “I can probably outwork anyone in Nashville. I ain’t ready to lay down and die,” she said. “I don’t see no reason to quit right now.”