Halloween is that wonderful time of year where, no matter your age, it’s perfectly acceptable to dress up as whatever you want. Although, some parents out there understand the struggle of having to dress up in some ridiculous costume for the sake of your kid, and celebrity mom Kristen Bell is no exception.

You may recall the extremely insignificant movie that came out in 2013 called Frozen. It was definitely a complete flop and nobody talked about it. In all seriousness, it’s been four years and we’re still being haunted by refrains of “Let it Go.”

However, Kristen Bell lent her speaking and singing voice to the film for Anna, one of the main characters and sister to Elsa. So this recent Instagram post by Princess Anna herself has fans everywhere in stitches. 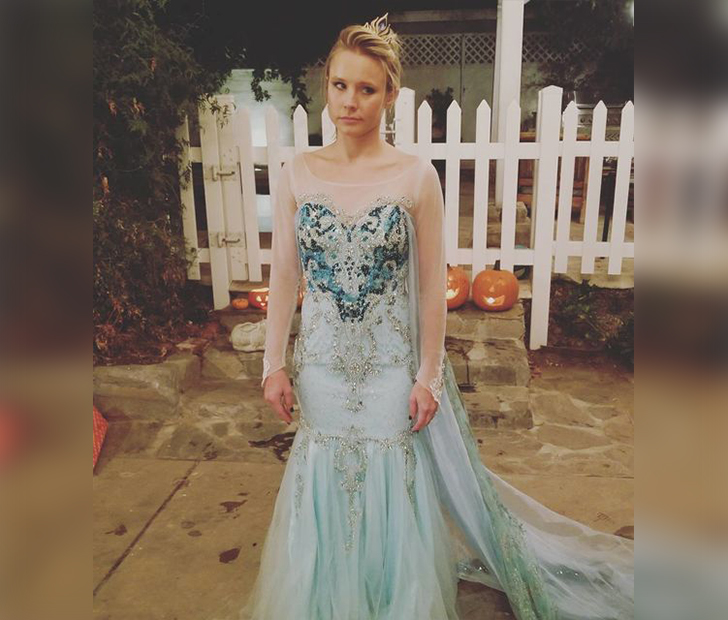 By insistence of her daughter, Bell dressed up as Elsa this Halloween and spared no expense. The photo features a less-than-thrilled-looking Bell in a sparkling replica of Elsa’s dress. The whole ensemble is even complete with an authentic looking crown, but it’s the caption that’s the best part.

It reads: “When your daughter demands you BOTH be ELSA for Halloween…you GRIN AND FORKING BEAR IT.”

We’re just glad she’s such a great sport to go along with it in the first place and can’t wait to see her role reprised in the Frozen sequel coming out sometime in 2019.