In the 30 years following Return of the Jedi, the legendary Harrison Ford never really spoke highly about his experience playing everyone’s favorite galactic smuggler. In fact, it got to the point where he downright despised talking about anything that even remotely connected to the galaxy far, far away, preferring instead to talk about Indiana Jones, cats, anything that wasn’t Star Wars or Han Solo.

Then, shortly after Disney acquired Lucasfilm in 2012, we learned that the Star Wars saga was continuing with episode VII. And, unlike the three prequel films that came before, this new film (the first of a trilogy) was actually going to feature the Big Three — Mark Hamill, Carrie Fisher, and Ford. Fans were ecstatic. At long last the adventures of Luke Skywalker, Princess Leia, and Han Solo would continue. Fans weren’t so convinced that Ford would agree to return to a franchise that he wanted to part with in 1980….but he agreed. 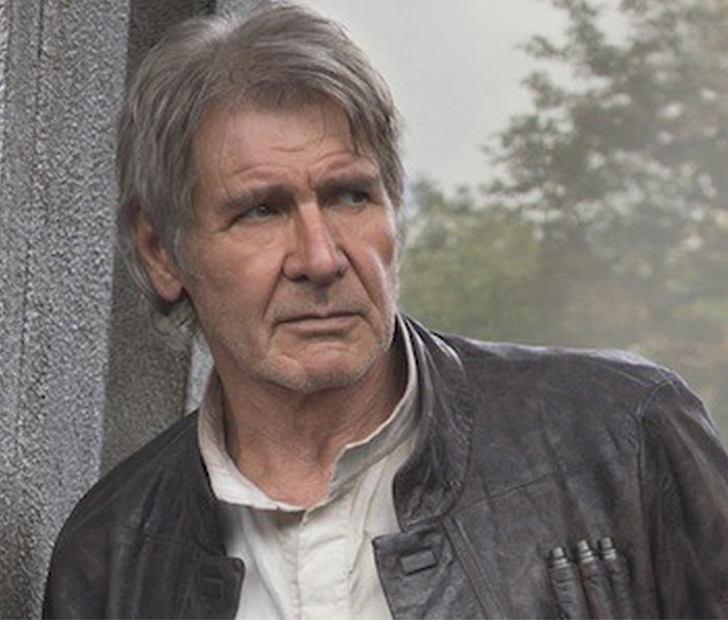 “Oh, it’s just going to be a cameo, or a minor role at best” fans thought, well aware that Ford wouldn’t want to put in the effort of actually committing to a substantial role. But when The Force Awakens was released in 2015, fans were thrilled with how significant Solo was to the plot, a character who appeared within the film’s first act and made it all the way through to the third and final act.

In the lead-up to the film’s release, Harrison Ford did interview after interview, appearing on Jimmy Kimmel Live! to do a skit with Chewbacca and even gracing Star Wars Celebration 2015 with his presence. He cordially talked about returning to his iconic role and being there as a sort of mentor to the new generation of characters and the actors behind them.

In all the press interviews and fan events he took part in, though, the curious thing was how much he seemed to actually enjoy it. Fans could tell that he wasn’t simply fulfilling obligations or taking opportunities to earn a few dollars. He was there because he wanted to be there, and he smiled his way through it all. 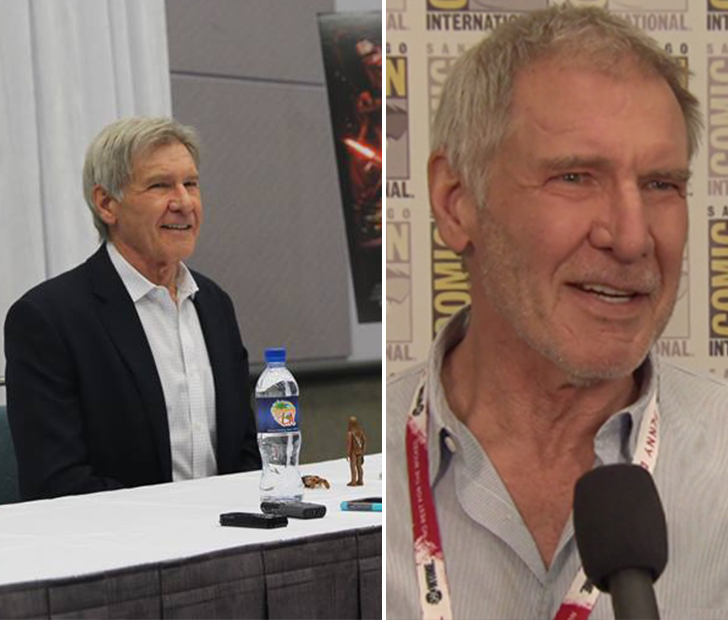 Now, however, just two years following the release of The Force Awakens, it seems that Harrison Ford has gone back to being salty and cranky about Star Wars. When he was asked during a recent interview if he passed the baton to John Boyega (Finn), Ford said this: “I don’t know that I thought of it that way at all. I was there to die. And I didn’t really give a rat’s ass who got my sword.”

This seems to be a recurring theme with Ford and Star Wars — either he’s energetic and good-natured about his time working on the original films and the new one, or he’s coldly brushing off the subject like a grumpy old man. Once he manages to change the subject to Indiana Jones (a character that he genuinely loves talking about), his entire mood brightens.

So what’s the deal with Ford? Was his geniality while promoting The Force Awakens all just a facade? An example of his tremendous acting talent? Or did he genuinely connect with the character and the love that fans had for the cocky smuggler but has since grown tired of the fresh attention the character’s been getting? Or perhaps this is a seasoned actor trying to give the illusion that he’s so apathetic when in fact he — deep down — really does care a little. After all, he did have lunch with Alden Ehrenreich (who’s playing a younger version of Han Solo in the upcoming Solo: A Star Wars Story) in order to give him some advice. 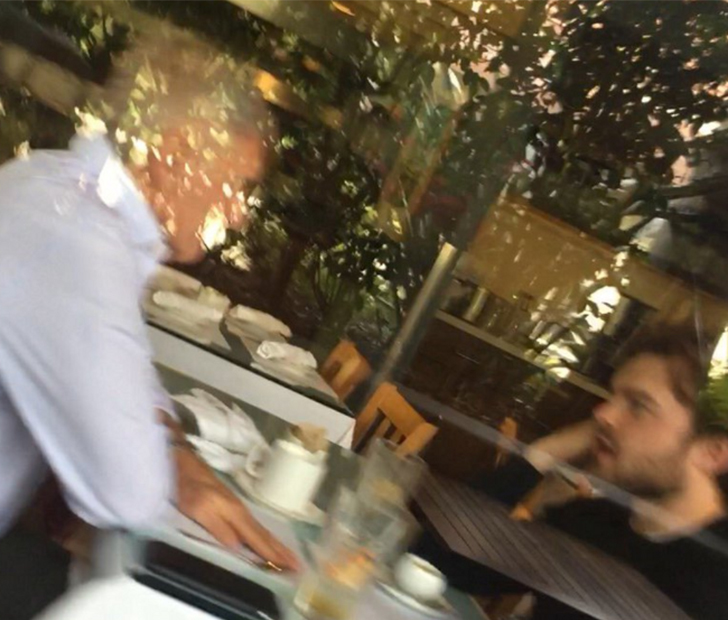 Either way, it’s very unlikely that Harrison Ford actually hates Stars Wars as much as he’s probably just exercising his right to not love and adore a franchise that started four decades ago. The fact that he was willing to return to the role (albeit with the stipulation that he be killed off) and is now giving advice to the next generation proves that perhaps he really does “give a rat’s ass” about it.

SHARE this article with your Star Wars-loving friends if you care about Han Solo!