Most parents dress up like the Easter bunny on Easter Sunday, but for the legendary Dwayne Johnson he decided to appease his daughter’s lovability for a certain Pokemon character by dressing up as none other than Pikachu. After all, he is the most popular character of the bunch! 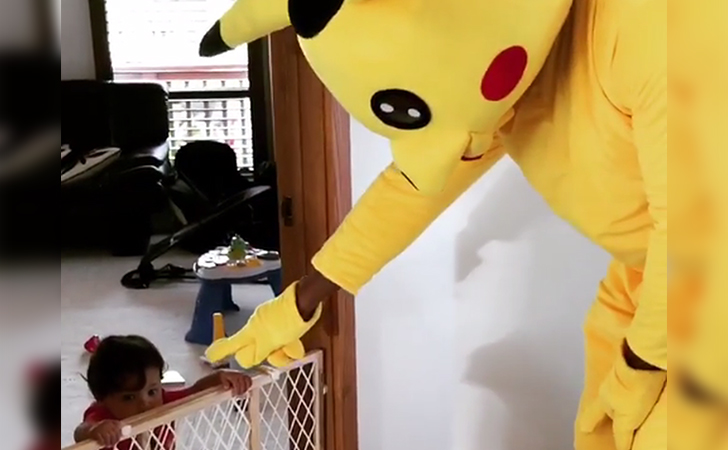 His two old daughter absolute loved the whole thing. You would think most kids would be scared of something so large (the only thing larger than The Rock is The Rock in a costume), but she must’ve known it was her dad, because she ran around the house like she was at the playground. Even the dog got pretty excited!

Johnson took a video of the whole thing and put it on his Instagram page. He stated how exhausted he was when he was done due to the suit being so hot, but emphasized that it’s all part of fatherhood and being there for your kids.

Pikachu is baby Jasmine's FAVORITE character. So, for Halloween me and @laurenhashianofficial decided the real life Pikachu was gonna come to the house for a visit. What Pikachu didn't know was that Jazzy would start crying when he stopped dancing and demanded he continue to shake his tail with a loud "EH!". So, Pikachu danced over.. and over.. and over.. and over… and over.. again. By the time I dropped my 197th JuJu, the heat of this costume was kickin' my ass.? But, hey.. that's what daddy's do. #HappyHalloween #DaddyBlessedWithThatKnuckAndBuckStamina #NoLimitsWhenItComesToMakinEmHappy

SHARE this story on Facebook if you think that Dwayne Johnson is one of the BEST celebrity dads out there!