Disney Imagineers have been hard at work constructing the newest addition to Hollywood Studios in Orlando. The new 11-acre land inspired by the Toy Story films will “transport guests into the adventurous outdoors of Andy’s backyard.” Guests can experience that transportation as soon as this June 30.

The themed land will feature numerous rides and attractions, including the Alien Swirling Saucers ride featuring the three-eyed squeaky rubber aliens. The ride is inspired by the “toy play set that Andy got from Pizza Planet, in which Aliens are flying around in their toy flying saucers and trying to capture guests’ rocket toy vehicles with ‘The Claw’,” as described by Disney. 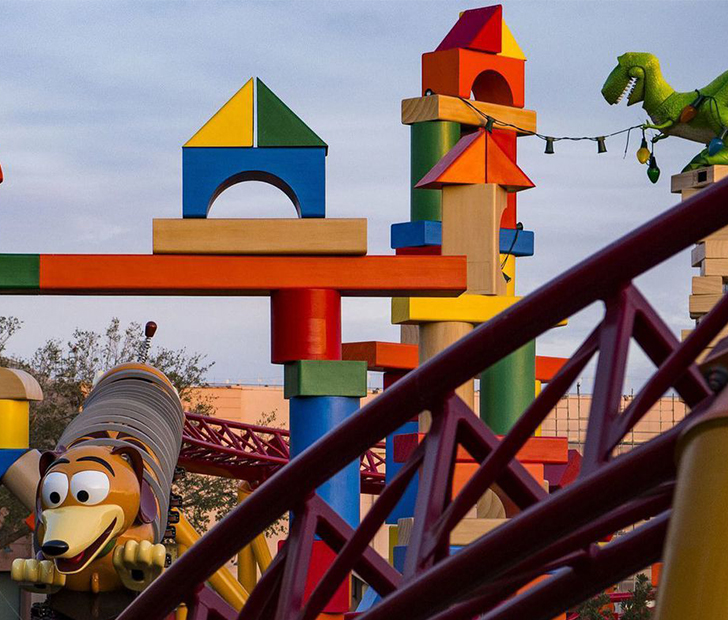 The land will also have a ride inspired by the green army men, but its featured ride will be the Slinky Dog Dash — a mild thrill coaster which winds its way around half of the area. For guests who get hungry while exploring Andy’s backyard, there’ll be an eatery called Woody’s Lunch Box for them to chow down on some grub.

On top of the new rides, Disney will also be adding a third track to the already-existing Toy Story Midway Mania ride in an attempt to shorten the lengthy wait time.

SHARE this article if you’re excited about visiting Toy Story Land this summer!