There’s no denying that no studio makes animated films like Pixar. This is, after all, the studio that not only thinks outside of the box, but they redesign the box. Just a mention of some of their most innovative films like Toy Story or Inside Out should be sufficient evidence that this is a studio that takes anywhere from five to six years planning, researching, outlining, and crafting some of the best films in all of animation. They’ve had some films that didn’t quite hit the mark, to be sure, but thankfully Coco most certainly is not one of those films.

Unless you’ve lived in it, Spanish culture simply isn’t one of those cultures that people are especially familiar with. While many may not think beyond guitars and enchiladas, it is — like the vast majority of cultures — not without its own special traditions. Coco delightfully roots itself in one of those traditions: the Day of the Dead.

Inspired by the day in which people honor their deceased relatives, Coco tells the story of a young boy named Miguel who belongs to a family that eschews music due to a generations-old incident. Miguel, however, loves music, and is especially intrigued by the Mexican crooner Ernesto de la Cruz (essentially a Spanish Michael Bublé). When his yearning to learn more about music causes him to defy his living family’s wishes and sends him into the actual Land of the Dead, he must work with his deceased family to see past the obvious and place his passion temporarily behind him. 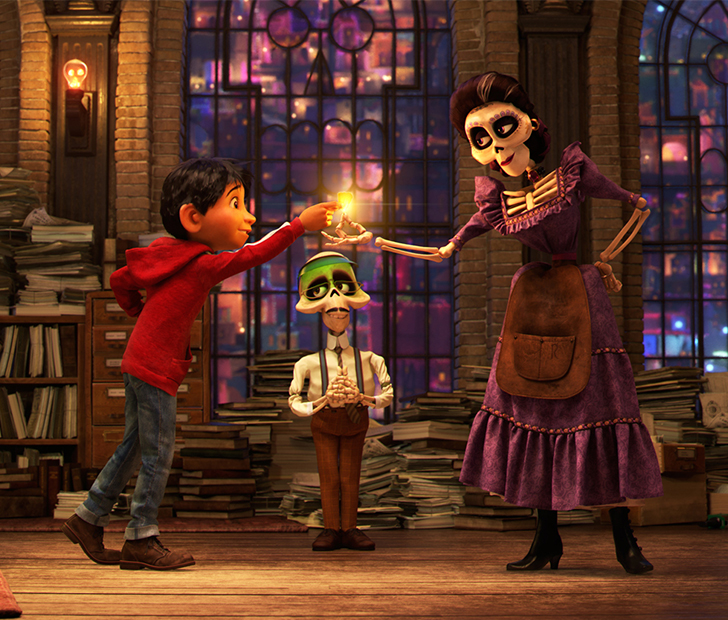 In Ratatouille, we follow a character who defies everything his family stands for in order to follow his passion, even emulating and taking advice from a character in an old black and white video. While Coco follows a very similar theme, it ends up being wholly different. Though it seems like a cliché at this point to state that a Pixar film is gorgeously animated, it applies here as much as it ever has. The vibrant colors pop off the screen and every tiny aspect is given its due attention, as per the norm for the illustrious animation studio. Even at a design level, everything feels appropriate for the Mexican world.

Voice talent is top notch. With some exceptions, Pixar films rarely rely on big-name talent to give their movies worth, relying instead on the most appropriate voices to bring their characters to life. The huge standout is the young Anthony Gonzalez who voices Miguel, an actor who infuses the character with youthful energy but also driving persistence. 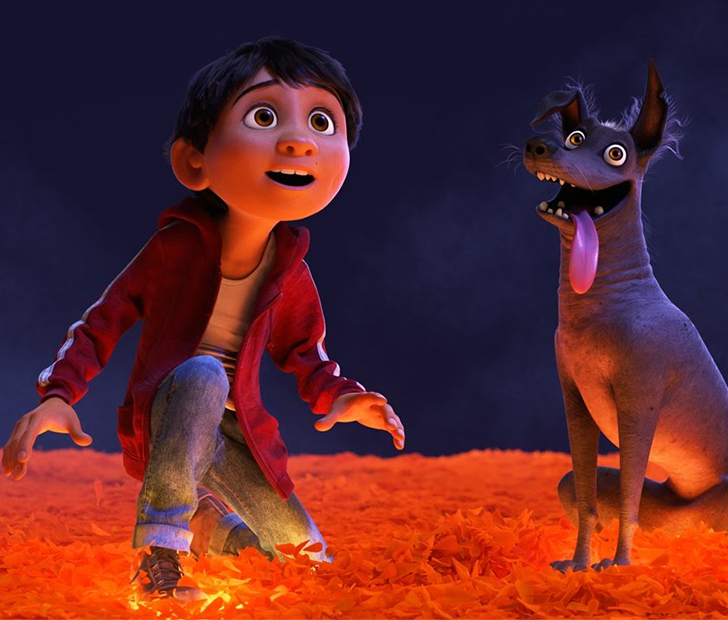