Alex Kompothecras is the star of MTV’s Siesta Key and son of Gary Kompothecras, a lawyer known for his 1-800-Ask-Gary free referral service. It is our guess that MTV plans for Siesta Key to be very similar to Laguna Beach, in terms of the show’s style and success in 2004. There certainly has been a lot of buzz and commotion surrounding Siesta Key, but it has everything to do with fish and wildlife cruelty, and nothing to do with the beautiful beach town or the nightly escapades of the young cast. 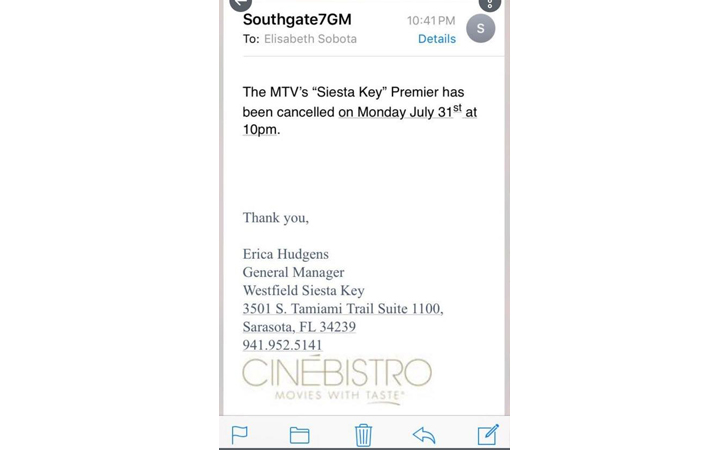 The dine-in movie theater in Sarasota, CineBistro, has canceled their showing of the show’s pilot, which airs tonight at 10 p.m. This is a screenshot of the email exchange between Elisabeth Sobota and CineBistro’s general manager, Erica Hudgens.

A group of Sarasota residents, Bo Benac, Nicholas Burns Easterling, and Michael Wenzel, have posted photographs on their Instagram accounts showcasing their lack of respect for fish and wildlife. The photos have enraged people all over the country, stirring the emotions of animal lovers everywhere. Michael Wenzel was the fisherman who was videotaped dragging a shark on a line at high speeds off a boat.

It has been confirmed that Alex is friends with this group of rowdy men, but that he wasn’t there on the boat that day or in the shark video. He recently replied to a hateful comment on Facebook that he wasn’t present on the boat and “didn’t agree” with what Wenzel did. Okay, so he’s clear in that sense. However, new photographs have been popping up online from Alex’s Instagram, and they don’t make him look too saint-like. They have since been removed. Take a look: 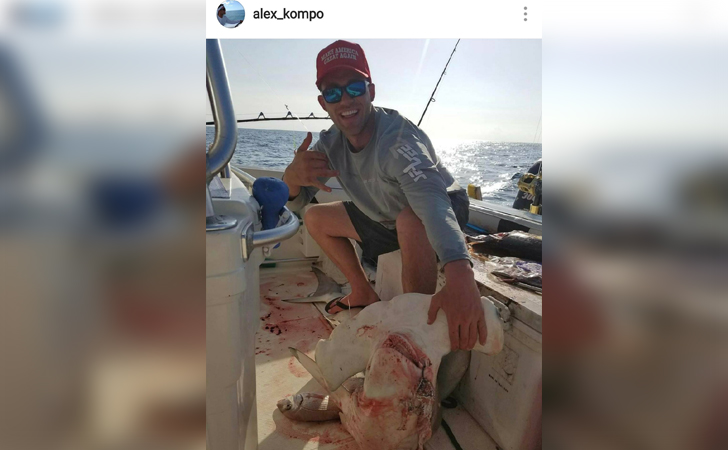 This is a protected species, and that guy is in fact, Alex. 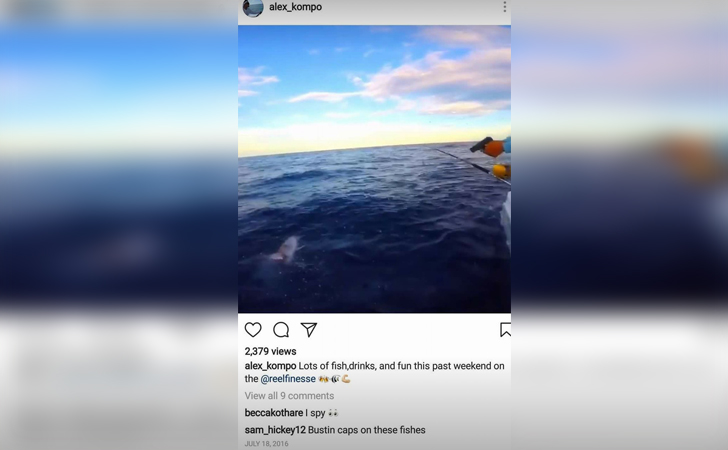 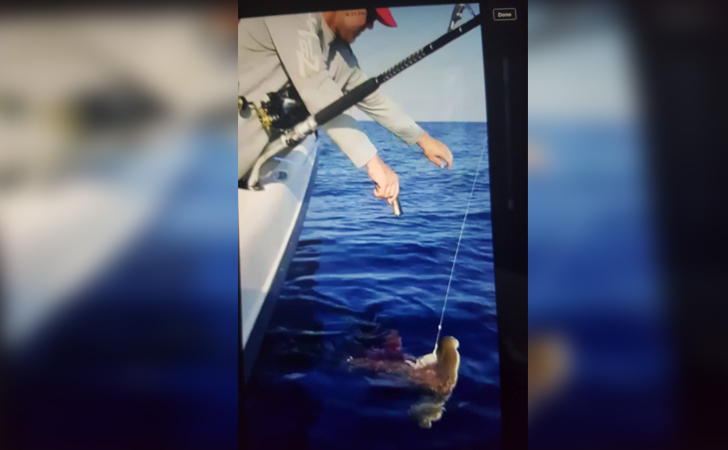 This is Alex shooting a shark in the water. For what purpose? We don’t know. 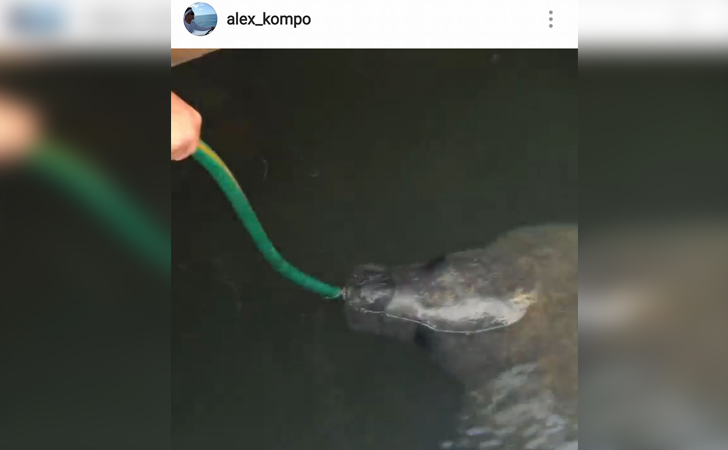 This video was removed from Alex’s Instagram recently, but he is feeding fresh water from a hose to a manatee. It is illegal to harass, harm, hunt, capture, or kill any marine mammal. Manatees are protected by the Florida Manatee Sanctuary Act of 1978. Giving a manatee fresh water is considered harassment. 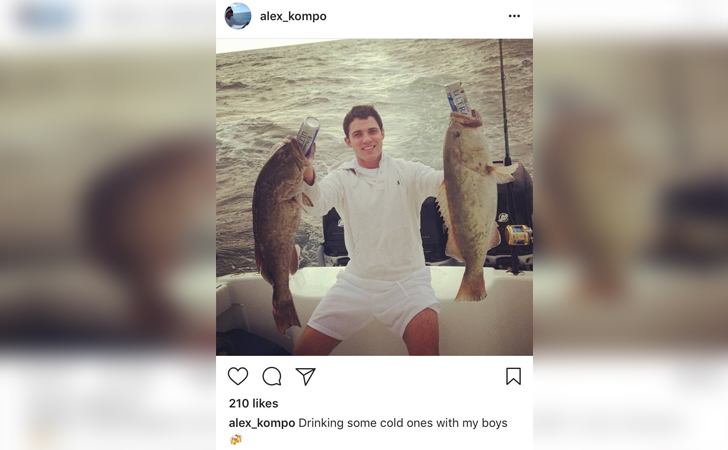 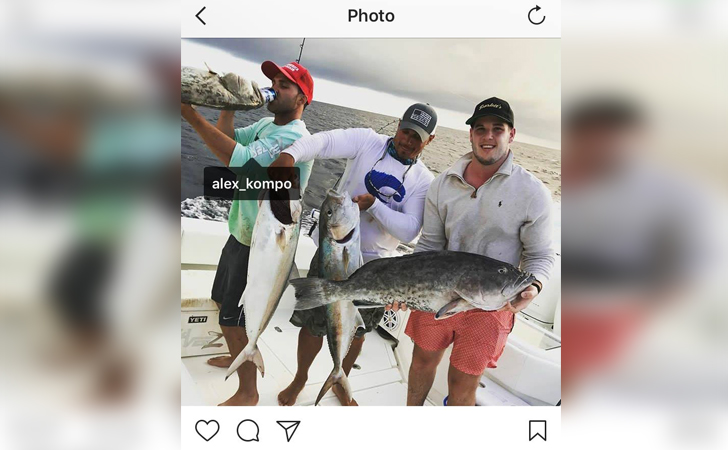 Alex is seen in both these photographs putting beer cans in the mouths of fish. For what purpose? We don’t know. 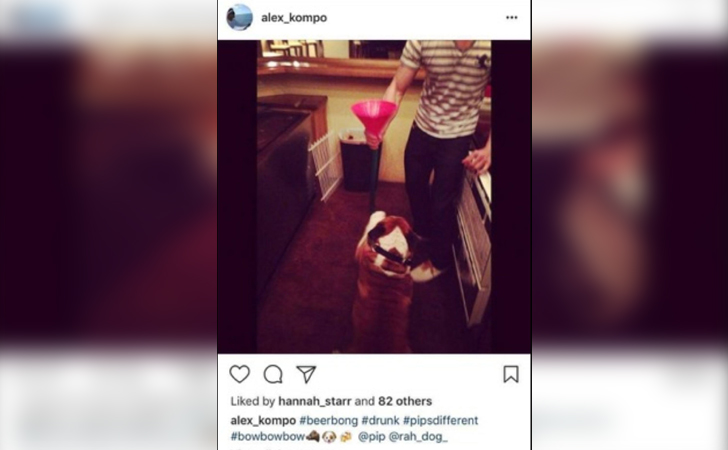 A dog is seen with a beer bong, and it’s hard to tell if this picture is just staged playfully or if the dog is actually being forced to drink beer. We will never know.

The SRQ Clerk of Court website shows 15 violations for Alex, 11 traffic and 4 marine, from 2011 to 2017. His association and involvement with the gang of “shark boys” may be alleged, but we do know he’s been doing a little harassing of Florida’s wildlife himself. A picture is worth a thousand words, Alex.