Carrie Fisher’s Dog Recognized Her In The Last Jedi

There are many stories of dogs missing their owners after they’ve passed on, and this one is no less heartbreaking — especially for the Star Wars fan. It’s been nearly a year since the great Carrie Fisher died, but as much as fans have taken to heart her passing it very well could be that it’s Fisher’s dog who misses her more.

With The Last Jedi having just finally been released in theaters, Fisher’s former assistant decided to give her French bulldog Gary a little showing of his own. Every time Carrie (in the form of Leia) appeared on screen and spoke, Gary perked up his little ears, trying to find her. 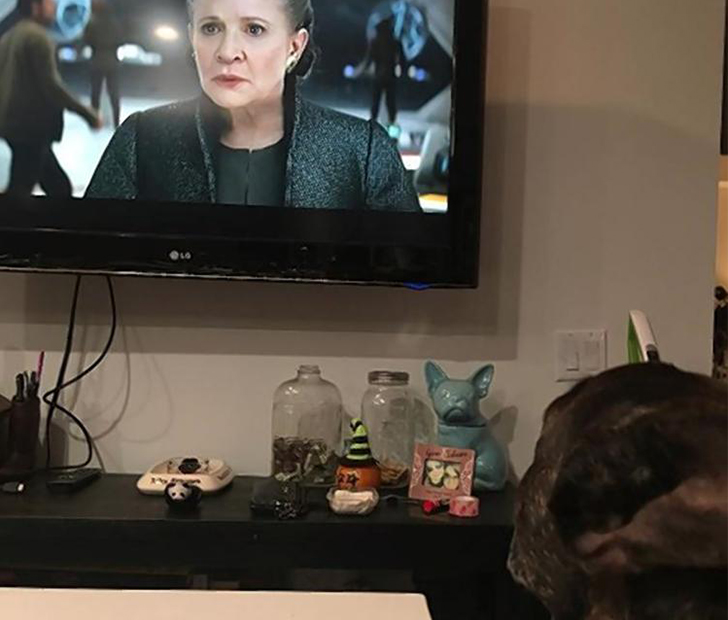 It seems that even a year after her death Gary still has hope that Carrie will return! Following her death, Fisher’s daughter Billie Lourd took care of Gary. Even The Last Jedi’s director Rian Johnson was willing to give him a small cameo as an alien! Lourd hopes to use Gary as part of her encouragement to others to always recognize and treat illnesses and conditions before they can lead to a premature death.

SHARE this article if you found Gary’s response to seeing Carrie Fisher in The Last Jedi emotional!