Calling All Muggles: You Could Be Working on Physical Harry Potter Sets

Ever since the last Harry Potter movie was released six years ago, fans of the books and films have been pining for anything and everything muggle and wizard. While attempts at new material like “Harry Potter and the Cursed Child” and Fantastic Beasts and Where to Find Them have partly satiated that starving hunger, it hasn’t exactly brought about the full effect that Warner Bros. has been hoping for. As such, they’re currently looking to make their Harry Potter Studio Tour a bit more, well, magical for guests.

Located in Hertfordshire, England, this behind-the-scenes tour features many key full-size sets from the films including Diagon Alley, the Great Hall, and Dolores Umbridge’s office, as well as dozens of displays containing actual costumes and official props.

In an attempt at making the experience even more immersive, Warner Bros. is looking to hire actual, bonafide, hardcore Harry Potter fans. Positions range from sales and warehouse associates to interactors whose sole job is to make guests feel welcomed, special, and tested to their full Potter knowledge by walking with them and imbuing them with only the greatest of facts from the wizarding world. 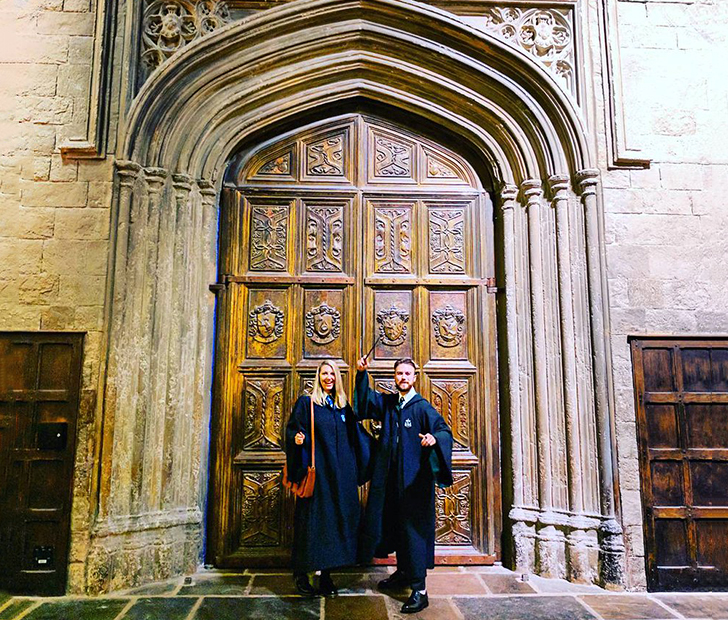 Those who are interested in applying for the position must reside in the U.K. (*in Snape’s voice* “obviously”) and can apply at the studio’s website.

SHARE this with all of your Harry Potter fan friends if you’d love to work here!