In case you missed it, Jennifer Lawrence, 27, ended it with her director boyfriend, Darren Aronofsky, 49, after a year of dating. Breakups can be terrible and messy, but if you’re lucky enough to have a great support system of friends, that can be the defining factor between breakup and breakdown.

Lawrence recently appeared on Watch What Happens Live with Andy Cohen, where she shared the story of how one of her best friends, comedian and actress Amy Schumer, attempted to cheer her up in the best way.

“When Darren and I first broke up, I told [Schumer] and I was really sad,” Lawrence said. “The next day I got a bouquet of flowers delivered and I said, ‘What is this?’ I bring the bouquet of flowers in and there was a note that says, ‘I’m so sorry to hear you’re gonna die alone. Love, Amy.’” 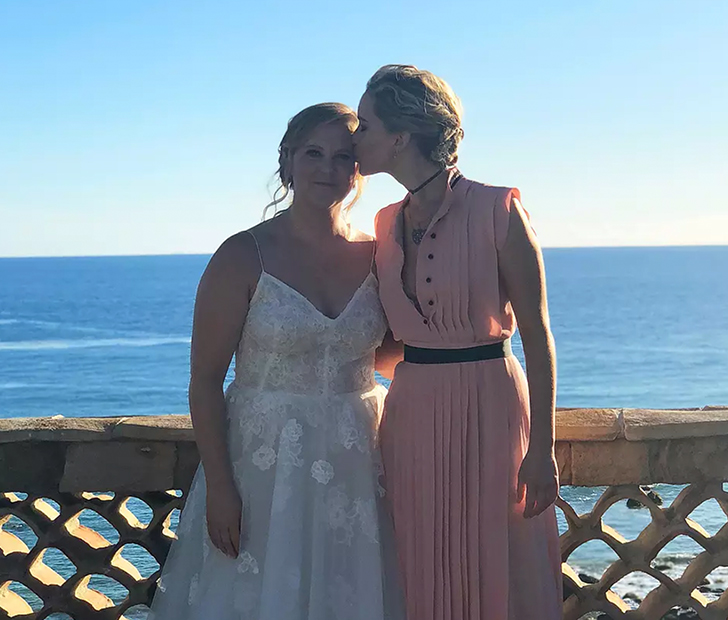 Lawrence and Aronofsky met on the set of his latest film, Mother!, which Lawrence starred in. The two kept their relationship private for most of its duration, but the actress recently opened up about it, saying, “We had energy. I had energy for him…I’ve been in relationships before where I am just confused. And I’m never confused with him.”

She also talked about the first time they met on the set of Mother!, saying, “He flew in, pitched me, left. The whole thing was probably an hour and a half, and then I was like, he’s hot.”

She added that, “He played hard to get for like nine months, maybe longer, which just killed me…I mean, I was in love with him for like, two years. I still love him very much.”