Despite having starring roles in major films like We’re the Millers, The Maze Runner, and The Revenant, actor Will Poulter is highly known for a character he had nothing to do with. People have been letting Poulter know he has an uncanny resemblance to Sid, the maladjusted bully from the Pixar film Toy Story, and the actor decided to run with it.

Poulter took to social media with his idea. “This Halloween I thought I should respond to the comparison with Disney Pixar’s biggest bully next door and go as Sid from Toy Story!” 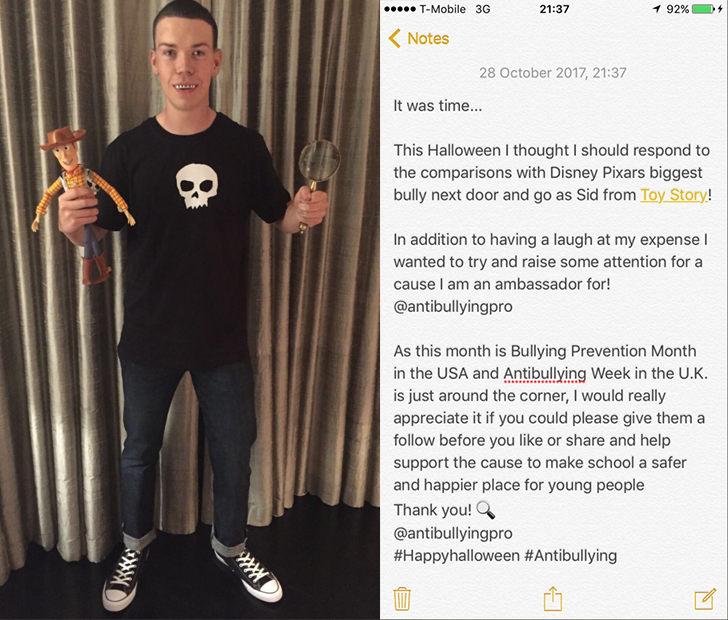 The one-day role of Sid was a great way for the actor to spread the word as an ambassador for Anti-Bullying Pro, a charity aimed to stop cyberbullying and bullying within schools.

Dressed in a black skull shirt and platinum grill with woody in one hand and a magnifying glass in the other, Poulter nailed the character while also rallying behind an amazing cause.

What a great reason to dress up! Share this with your Disney and Anti-Bully friends on Facebook!